UK's television coverage of the world's biggest and most watched song competition will be produced and broadcast from Salford, with the points awarded by the UK professional jury announced live from dock10 studios.

"We are so thrilled to continue building the expertise and skillset of our production hub in the North. It will be so exciting to welcome the global Eurovision audience to the North West with ‘Good Evening From Salford in Greater Manchester’." — Suzy Lamb, Managing Director BBC Studios Entertainment

From this year the points awarded by the UK professional jury will be announced by the spokesperson from a North West of England location for the first time ever. This result will be beamed live to the Eurovision 2022 Grand Final hosts in Turin, Italy and to a huge global audience in excess of 180 million viewers, making Salford the new permanent production base and broadcast location for Eurovision in the UK.

Following Måneskin's victory in the 2021 Contest with 'Zitti e buoni', the contest will be held in Italy for the first time in 31 years and further announcements regarding Eurovision 2022 will be made in due course. 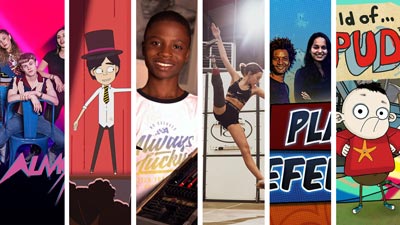