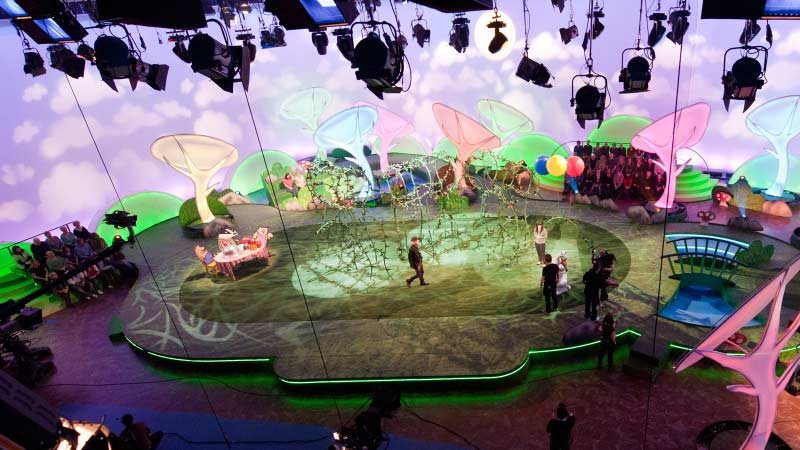 The first television programme made at dock10 was the gameshow Don't Scare the Hare, presented by Jason Bradbury. This featured a four-foot animatronic hare, voiced by Sue Perkins, that played host to two teams of contestants, six giant alarm clocks, 50 angry frogs and an allotment-full of laser beamed carrots.

With dock10 celebrating its tenth anniversary we caught up with Jason Bradbury, the presenter of Don't Scare the Hare. Jason told us about the show, what MediaCityUK was like ten years ago, and where he thinks content creation is heading over the next decade.

What was it like working on Don't Scare the Hare?

It is a mixed bag for me because on the one hand it represented an incredible opportunity for a young presenter to be hosting a large-scale family entertainment format scheduled for around five on a Saturday on BBC One. I mean, it's what you dream of! The only thing was that the concept actually didn't materialise in quite the way that I think many people working on the show expected.

How was show described to you?

'The production company that made Wipeout want to do a crazy game show with you as the host and a robotic co-host,' that's how it was sold. That's an absolute dream come true. Unfortunately, it turned into this kind of Alice in Wonderland surreal nightmare format. But to be part of the first ever show at MediaCity was an honour!

It was like a ghost town ... it was lots of glass, lots of concrete, lots of building, and then little pockets of offices that were occupied. But there was no television. There weren't camera people going around. There wasn't a hubbub in the cafes and so on. There was nothing outside. It was just a really enormous studio that we filled with this exotic kind of Alice in Wonderland. I think it was the largest soundstage that we could use anywhere in the UK, anywhere in the world.

Where else can you get such a creative mix all in one location?

The only place in the world where you get such a creative mix is Hollywood. I did a pilot for Gadget Show America and got to sample the Hollywood thing. It's similar in that those movie lots are actually full of different production companies and different sort of sub-brands, a camera company, a stunt company, and then our film producers. And so, it's very similar in that way.

I guess MediaCity is even more diverse because you've got current affairs and you've got news, you've got entertainment, you've got local, you've got national. I think it's really important. I think MediaCity is a great experiment in that kind of melting pot approach. By being in this kind of community, this hothouse, it can only be good for business. And by god, do we need it after the year we've had.

As a technologist and a futurist, how do you think we'll be consuming media in 10 years' time?

The phrase I use in my futurology speeches is 'the persistent screen'. Media will be created and then instantly disseminated to multiple platforms and we're going to carry all of that media to every device we've got. Those devices are going to become smaller until we are at the next big evolutionary step, which is augmented reality. We're going to wear our media and as I walk about, it will augment my environment.

It will change the kind of media that comes out of MediaCity. There's going to be a lot of automation – robotic cameras and automated editing. AI is going to be not just automating the tasks, it's going to be creating content, literally algorithms that look at what could be the most immersive storyline possible and they will get generated by AI. They will still need a human to go over them and make sure that the storylines make sense, but they'll probably be generated by algorithms. 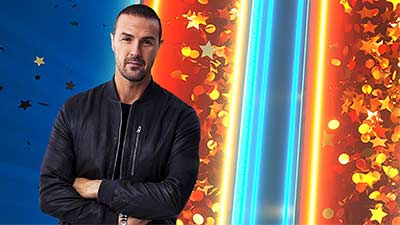 The Big New Year's In