Using our seamless workflow and connection between the BBC Sport archive library and dock10’s Interplay system, archive clips were pushed via EVS at the Farm directly into dock10’s ISIS 7000 for edit where clips were organised by Sport, using interplay to manage the content, by assistant Ross McAdam. At peak the team was pushing 40 hours of clips a day, all at AVC Intra 100 for an end-to-end seamless delivery. Splitting the workload between 8 edit suites at the peak, the contender documentary and the contender VTs were edited simultaneously by the editing team. The nature of the contender announcements, and the proximity to the TX dates, makes these films very tight turn around. The edit team, working with Media Composer version 8.4.5 also used Genarts Sapphire V9 VFX plugins within the suites, and dock10 VFX team for animations. The VTs and the documentary were dubbed in one of our 5.1 Pro Tools V11 suites. Delivering AS11 files, the final VTs will be played out live via EVS at the OB. 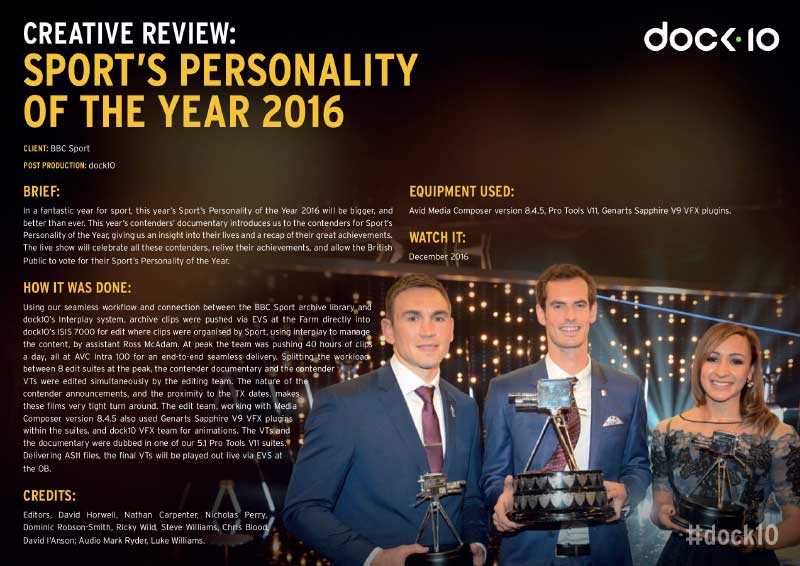