How it was done::

The team at dock10 worked to the producers’ brief for the series to have a glossy feel with an ‘edge’ and a sense of danger. The DOP, Ian Moss, wanted the shots to have rich organic tones with lots of warm shadows and contrast. Colourist Jamie Parry achieved this in the grade by ensuring that faces had modelling on them to accentuate the lighting by careful use of tracking windows and lifting the mid-tones and not the highlights. At the centre of the drama is a drowning and shots connected with this event tended to be in cool and watery blue/green colours which Jamie sought to enhance in the grade.

With the series filmed over several months in northern England, Jamie employed occasional weather and time of year fixes to ensure that all the shots flowed properly with minimal inconsistencies between angles shot at different times and in varying conditions. Similarly, there was a wide mix of locations ranging from expensive houses and high-end gangster flats to 80's style nightclubs, hospital operating rooms and small-town streets. This required Jamie to apply an appropriate and consistent grade treatment to each location to help keep the story in the place it needed to be. 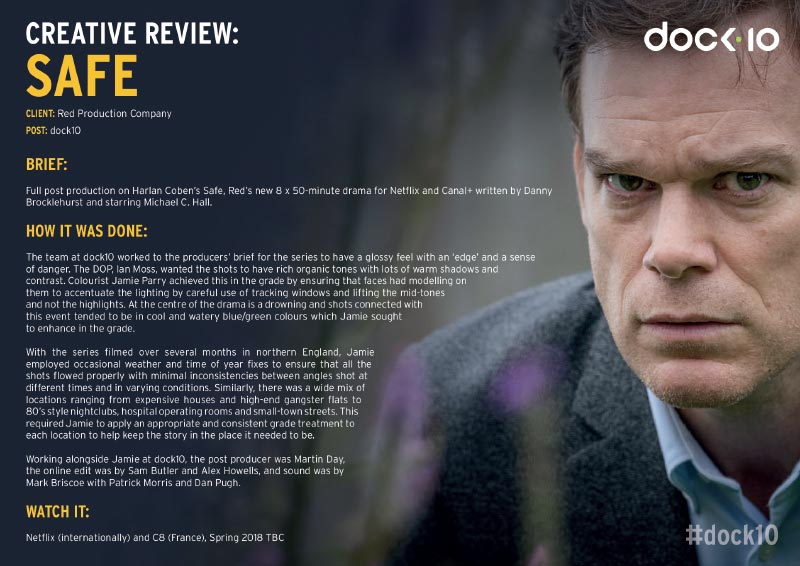